Companies paying high dividends can look attractive however you need look closer before you buy. This article explains why.

Income seekers may be lured in by companies which pay high dividends but there may be a more sinister reason behind the headline numbers.

It is little wonder why savers are so pre-occupied with the hunt for income; a look at this week’s best buy cash accounts shows the highest rate on offer is a paltry, below-inflation 1.75%.

Unfortunately, the struggle for yield shows little sign of abating. In August the base rate was held at 0.5% for a record 53rd consecutive month and the new Bank of England Governor Mark Carney is expected this week to reveal that rates will stay low for ‘many months to come’. 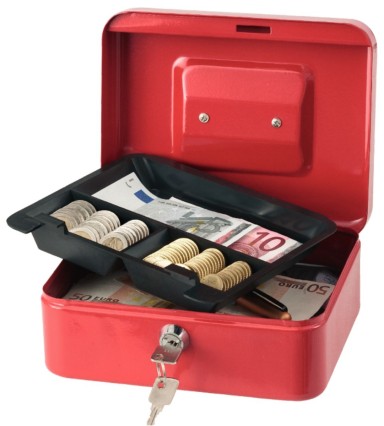 One way savers have reacted is by moving their money from cash into higher yielding asset classes.

Research by fund group Legg Mason found that two thirds of UK investors are currently bullish about the prospects for equities and 27% plan to increase their allocation to this asset class over the next 12 months.

However, with 88% of FTSE 350 companies currently paying a dividend and 42% paying above-inflation dividends, according to the Share Centre, it can be difficult for income-seeking investors to decide where to put their money.

The obvious answer is to pile into companies offering the highest yield. However, bigger is not always better when it comes to dividends.

“High headline dividend may look very attractive but investors need to look under the bonnet of the company,” says Adrian Lowcock of Hargreaves Lansdown.

A high dividend yield can mean several things – not all of them good – so it is important to pinpoint the reason before committing any money.

There are, of course, good reasons why companies pay a high dividend.

They may be a stable firm that wants to reward shareholders or an out of favour business looking to attract investors. During the dotcom bubble, for example, many utility companies were unloved compared to the ‘exciting’ tech firms and some of these were paying 10% income and raising their dividends.

However, a high yield can also mask problems.

Importantly, yield is historic so reflects the past. This means a high yield could reflect a time when the company was in better shape.

Take the banks in 2008, for example. They paid out dividends right up until the financial crisis and as a result many bank shares had dividend yields above 20% as bank share prices collapsed.

A high yield could also indicate a company is distressed; financially-distressed firms often pay dividends to attract investors to drive up the share price.

So rather than looking simply at headline yield numbers, experts suggest investing in companies that can grow their dividend over time.

So, how can investors identify a company which is set to pay a reliable and growing dividend over the long term?

Richard Gillham of Legg Mason says there are a number of indicators. He looks for companies with “fortress like” balance sheets, which can generate plenty of cash; companies that can finance themselves through their own operations rather than having to go through the capital markets; and well managed companies where money is invested in the right places.

Conversely, he also looks out for “red flags” which signal that a company may not be able to grow its dividend.

One of the main red flags is companies in highly regulated industries. Utility companies, for example, are typically good dividend payers but because they are highly regulated it may be difficult for them to grow their dividends in the future.

The same can be said for healthcare companies. However, parts of the sector look appealing, Gillham says.

“Biotechnology is more attractive. These companies are not under the same regulatory pressures and often they are working on drugs for illnesses such as MS and Alzheimer’s so research and development is imperative and government cannot disincentivise them.”

Another warning signal is if the company is in a competitive industry.

“If they can’t raise prices because of competition they will find it hard to increase their dividend,” Gillham says.

Graham Spooner of The Share Centre suggests investors be cautious of any company offering above 4%-5% dividend yield.

“If it looks too good to be true it probably is,” he says.

The FTSE 100 companies with the highest dividend yields:

An article by Joanna Faith from IFAonline 07 Aug 2013